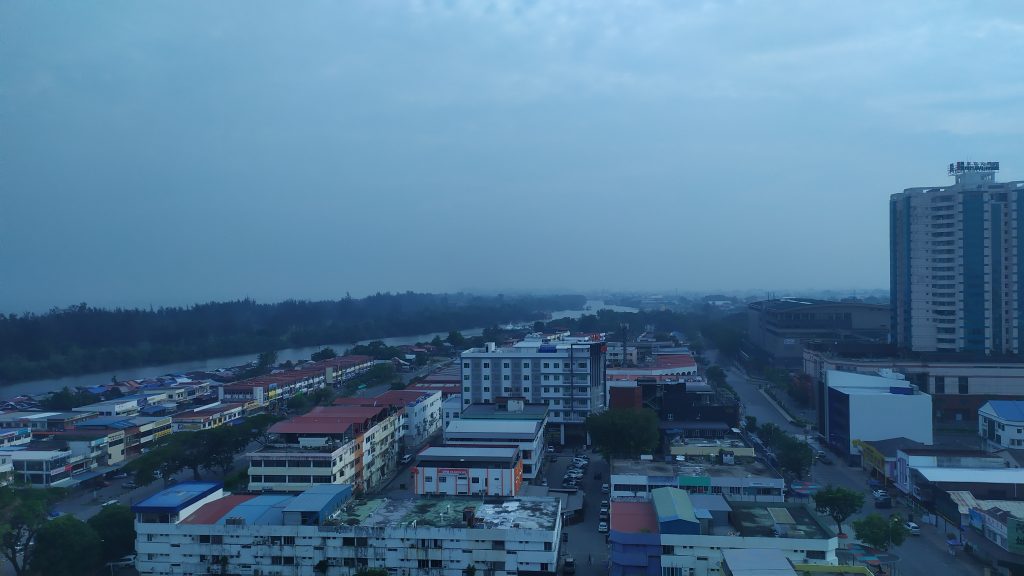 It’s been a while since I last posted, as I’ve pretty much been spending more time on my other website.  While I’m currently at the last stages before releasing it to the public, I just need a few more tweaks to the site and it should be good to go.  Hence I’m no longer much active as I have tons of things I would like to post about.  Never the less, today I wanted to post something just to remind myself when bad things do happen, there’s always a good reason for it.

Just a few weeks ago, sometime in mid August I was giving out training as usual in one of my classes.  Normally I would take Grab to head to the training place, while going home my wife would pick me up once it’s over due to the fact that it was harder to take grab back due to the lack of drivers in that area.  Anyway, once the training was over I headed to the car park where my wife was waiting for me.  She told me the car wouldn’t start, due to the bad battery (roughly 3 years after I changed it).  So immediately, I went and try and look for the security personnel (Uncle) at the training centre to see if I could borrow a jump cable from them.  They then divert me to one of their other colleague (Mr. Y) who does have one.  So I quickly rushed to the other building to find him.  On my way there, the cleaning ladies asked me why I haven’t gone back yet so I quickly explained to them my situation was told to look for this person.  They pointed me to the direction where Mr. Y was, but only to be told that the jump cable is currently in one of the car that was out at the moment.  Feeling dismayed, I went out from the office and updated the cleaning ladies what transpired.

As I walked out from the building, my wife told me a gentleman has agreed to borrow his jump cable.  But he explained that we couldn’t use his car to jump start ours, we understand from where he was coming from.  Never the less that problem was solved, but the next one was trying to look for another car to help jump start ours.  As the cleaning ladies were walking back, I told them we’ve got the cables but we need the car.  They started calling out to Mr. Y to come and help us, which he did.  Then Uncle came by after doing his round of patrolling, called out another colleague to bring his car over to help jump start our car.  Uncle explained to the gentleman who was in a rush to go somewhere, told him whom I was and was glad to be of helped.  After the whole 30 mins drama that unfold, we were on our way to our regular mechanic where he agreed to wait for us to come.  After getting our battery replaced, we were on our way and got home safely.

Still feeling overwhelmed from the love and support the people helped us during our time of need.  Indeed, we were truly blessed where God allowed us to see His hands during the troubled time.  Despite thanking each and everyone of them, they told me don’t mentioned it as I’ve always been dear to them and a joy to see whenever I come to give training classes.

The day after my training ended, there was a sudden surge to my website where all were asking me regarding my Q50 watch and got immediately sold out.  And not only that, I’ve gotten a few more extra pre-orders.  Followed by receiving another email asking me to give a training at a local university here in Kuching.  With all the sudden request, I know God is at work where He knew my deepest desire of my heart.  But things weren’t smooth sailing as well through the next couple of weeks.

Even though I walk through the darkest valley, I will fear no evil, for you are with me; your rod and your staff, they comfort me. – Psalms 23:4

I may not be out of the wood as of yet, but I know I just need to continue pressing on despite of the situation look kinda bleak.  But time and time again, God showed Himself faithful where as I almost lost the love of my life as well as my only son.  They were on their way back from school, and used a different route as she needed to run a few errands.  While waiting at the roundabout going to exit, a huge trailer from the back drove by.  Maybe the driver couldn’t see her as both of them started to enter the roundabout, and started to drive closer and closer to her.  Thank God for her quick reflex she pressed the honk, and the trailer quickly made a turn and slightly bumped the car.  Again fortunately, not much serious damage to the car but more importantly both my wife and son were safe.

On the same day, I had to fly to Miri for another 3 days training.  As I was a bit reluctant due to what had happened earlier that day.  As work calls to make ends meet, I headed to Miri and managed to spend some time with my parents before they sent me to the hotel.  The next day, just before the training started I was happy to see both my previous participants who attended me Excel course walked in and sat right at the front.  And as my customary tradition, where I told them the best group presentation on the last day would get an official 2019 Office.  I was glad that everyone gave it their all on the last day, and we had a surprise guest Propessor Dugong Gila who made his debut appearance.  I guess, maybe I’ll get him to come on board more but will see how things goes as I will have another training session coming up soon.  Once day 3 was over, everyone had a good time in learning the newly acquired skills I headed back to my parents place for another few hours before heading back to Kuching.

When I arrived Kuching, boy was it hazy as compared to the Miri.  I didn’t realized when I place the pin on my grab, it was at the departure instead of arrival.  Good to know my driver was understanding and he picked me up and was on my way back.  Arrived safely home by 11pm where I was welcomed by my beloved wife and son.  Princess E was already fast asleep then, plus the Mid Autumn festival just began.  Then on the 9th of September we received the news where school were forced to close the next day due to the unhealthy API readings.  So I was actually hoping that maybe it would be closed for a few days then I wouldn’t need to take grab to my client place on the 11th September.

say to those with fearful hearts, “Be strong, do not fear; your God will come, he will come with vengeance; with divine retribution he will come to save you.” – Isaiah 35:4

So come 11th September the school returned to normal as the haze pretty much cleared up due to the rain.  So I guess it was grab for me in the end, and fortunately I managed to arrive early despite the fact of the traffic jam due to the broken traffic light.  Meeting was good, and my only concern was will I be able to head down to town as the area there does not have any driver.  So I just went and try my luck, and to my surprise a grab driver was just dropping off a passenger at the exact location where I was actually standing.  Really thank God for his providence, and I was on my way back home.  Halfway through the journey, the wife messaged me asking if I needed a ride.  I told her that it’s fine, that I managed to get a ride back home.  By the time I got home, I was told by my daughter that our car broke down again.  I quickly asked where’s mummy she told me she’s already home upstairs.

What happened was that, when she parked the car at the car park she noticed she was a bit out.  She decided to head back to the car and re-park it, but had problems getting into gear.  So she was left flabbergasted, on how it happened and was worried about the cost to get it fixed.  I told her don’t worry about it, and decided to call the mechanic once I have a look at it.  So after testing out the car, I was concern that the gearbox may actually need replacing.  So I called the mechanic, and explained to him what has happened.  He briefly over the phone told me that most likely it’s either the cable or something could have broke and won’t be expensive or take a long time to repair.  After a while, the mechanic came he went and checked the condition on what was wrong. It took him less than 5 minutes to fix and replace the broken parts, and the total damage caused ? RM80, whereby he only charged his labor fees.  I was extremely happy, that he was able to get it fixed in such a short time and at such a minimal price.  I told my wife, if it was someone else they would probably tow my car and charged an arm and leg for the repairs later.  As it actually happened to me many years ago, with a different mechanic.

As I’m not out from the woods yet, but at least I know that God is still watching over me and my family.

Throughout the whole ordeal for the past couple of weeks, we actually went through I would say trials or tribulation.  But God somehow worked in His mysterious ways.  Why would my wife walk up to that particular stranger who so by happened to have a jumper, where as his car is not suitable to jump any other car in the first place.  Or how the good timing of the grab driver that came and send me home, so my wife wouldn’t need to come and fetch me.  Imagine the horror if the car just broke down in the middle of the street along with my with and kids there.  But God is still gracious that He allowed them to be safe first, and probably released His hands to finally let the car to break down once the car was properly parked.  As I’m not out from the woods yet, but at least I know that God is still watching over me and my family.  I guess that’s what matter most, to know that God still cares over you.  And without His guidance and protection, I know things would be even worst than what I’m facing now.

Anyway, I’m going to sign out now as I’ve been procrastinating this post for the past 2 days already.  Once my other sites are up,  I’ll probably be blogging more by then, and hopefully will get to finish a story which have been in my draft list for over 9 months already.  You guys have a good one.