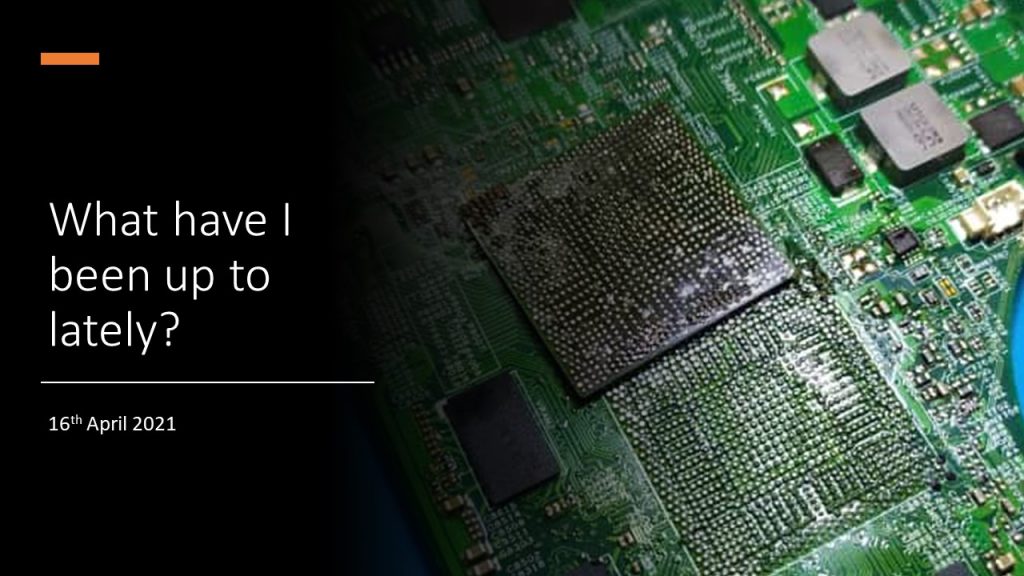 It’s been over 6 months since my last post and I’ve yet to post something on this blog despite the fact that I wanted to start doing it since March. Well to be honest, it’s been a roller coaster ride post MCO and despite things may not look so good on our end. But God has always been there for me. Anyway, I went and checked my blog’s draft section I decided to delete everything in there. Because there’s no point for me to look back and finish up what I wanted to write, and probably didn’t want to post it up due to personal reasons. So I’m starting a new once again, and hopefully will put in more effort to write something here once in a while.

Over the past couple of months, I didn’t really conduct much training due to the fact it got cancelled most of the time because of the pandemic. So it was during these time, I’ve decided to take up an electronic course online, and began to learn how to diagnose boards as well as learning on how it works. Never the less, progress has been good so far as I’m beginning to put into practice what I’ve learnt. But so far not really been successful in getting and board repairs done due to the limitation of the parts where I couldn’t just buy the specific parts locally or online. As I’ve been getting a lot of messages from people to try fixing their laptops or desktops for them. And most of it requires board repairs which I’m still in the stage of learning, and trying to find my footing for this area.

I was also fortunate last month where I was able to conduct a training, after numerous time from being postponed or cancelled due to the pandemic. Never the less, I still thank God for His timing and wisdom that He allowed me to conduct it. But moving on from there, I do know that this is a part of me that I couldn’t let go despite the fact I already had intention of so called “quitting” conducting training. This is due to the amount of stress and pressure that I endured for the past couple of years, but I’m grateful for this group who showed support which I’m forever grateful to them. Having said that, I’ve started to revamp another website of mine and hopefully to get it done by this weekend so I can start venturing into an area which I’m not so keen. But I know with the support from Deluxe, I would be able to pull through as she has always been my voice of reason all this while. So do look out for that soon!

Anyway the kids are loving school, despite that we’re in a critical stage right now. But I trust both my kids that they will adhere to the SOP, and they too trust me that I will remain disciplined while I’m out running errands. The war has not ended yet, but I’m sure that things will be all right soon. Anyway, that’s all for now as I plan to write short post rather than long ones which never ended up being published. So from now till then, you guys stay safe and take care.