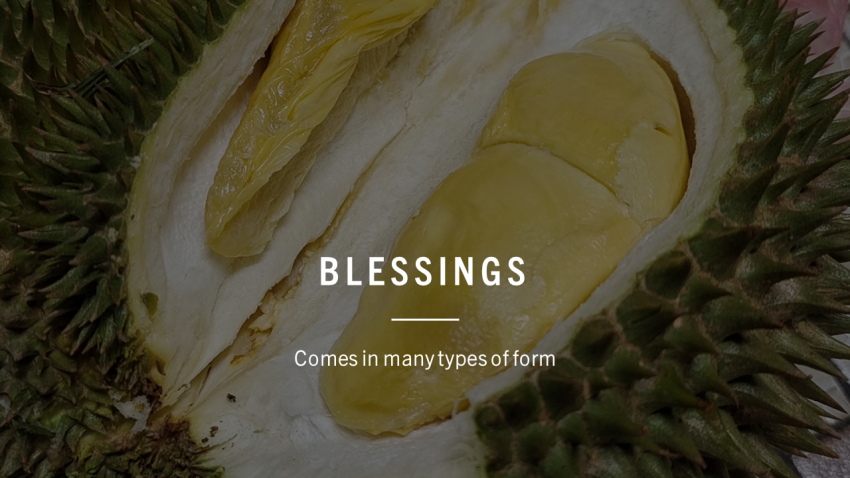 It’s already been a week since I last posted. Despite making a resolution to post everyday, but can’t seem to commit due to uncertainties kept popping up. So had to cater to those first hence unable to do any posting as of late. Plus right now, the plan is to start compiling a user manual for all the work I’ve been doing for the past 11 months. So hopefully, when my time is up at least I would be able to hand over everything will be easier for the next person the handle.

Really thankful for a friend who specifically drove from his place all the way to my especially during the regatta, just to gave me durians. Apparently it’s durian season, and been looking at people posting pictures of it, but didn’t expect that I would really be taking one as well. Really appreciate the trouble he had to go through just to deliver it to me last Sunday.

Anyway, with so many things going on this next couple of weeks I may go missing once again. As there were a few things I wasn’t really aware of that I was “sort of involved” in. But never the less, if there’s work that needed to be done so I need to be “on call” for the time being. But it’s all good, just thinking that maybe I may need sort out my work for next year already. Since I’m heavily book from now till Christmas.

You guys take care now and stay safe. I’ll see you all in the next one.

Anyway, I really want to post the Mi Pad Pro 5 review. Been really useful not only to me but now to my girl whom I’m letting her bring it to school for the next few weeks. As her school computer wasn’t really working, so the teacher encouraged them to bring their own. But the tablet has really lighten up my travelling as I don’t really need to carry my laptop around me anymore.

Ok gonna stop for now, as I need to work on a proposal and hoping to send it by Friday. So hopefully everything will be a done deal, and I would have something extra for next month since there is not much training going on due to the General election coming up. You guys take care now.