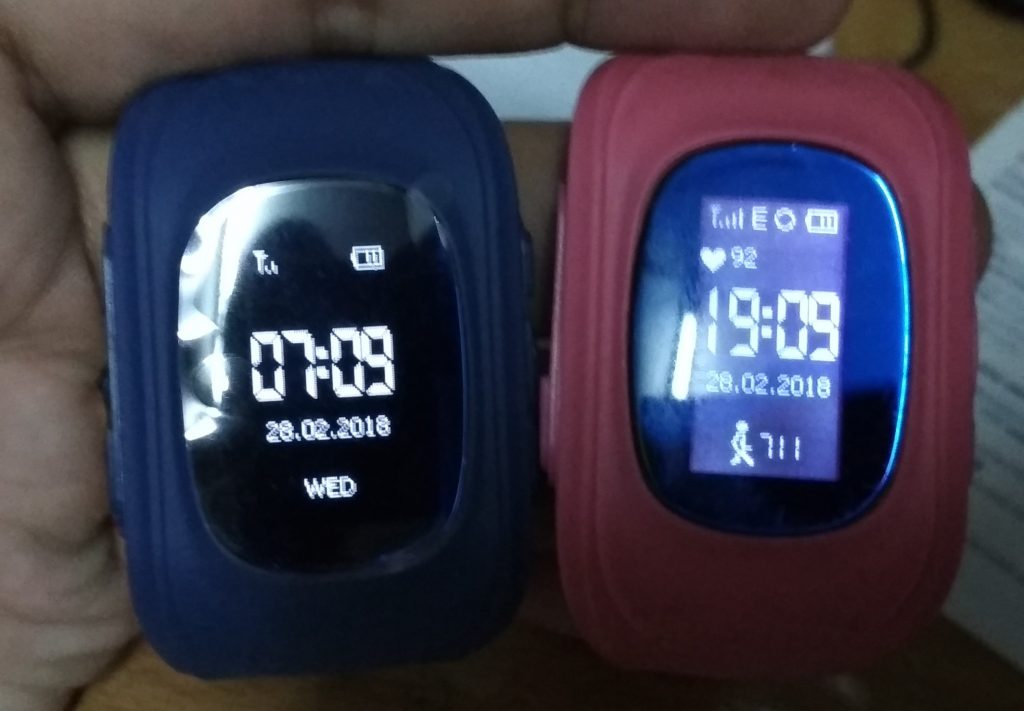 So after 2 years after the first GPS Watch that I bought for Princess E, I’ve decided to get another one for her as the one she’s been using started to wear out (eg charging cap came off, and buttons are slightly more difficult to press).  So I decided to shop around to see what are the newer options that I can get for her this time.

After 2 years, prices of these watches did dropped to about 50% from my initial purchase but mostly they are from overseas.  No doubt they were 50% cheaper, as some of my readers and friends who bought them told me was that they did not include the GPS module.  Despite standing out in the open for 30 minutes, they were unable to connect to the GPS.  Only to find out that those sellers did not include the GPS module hence cutting cost of the product.

So to avoid those complication, I’ve decided to get an OLED version.  So what caught my attention was that he’s very well verse in this product, also the watch he’s selling uses 12H format instead of the 24H format that I believe all of us are using.  And the price I paid was pretty much the same I paid for 2 years back so it’s fine with me.  Setting up the watch was easier this time round, as I didn’t have to update the APN as well as IP URL, as he already pre-set them for me unlike the previous watch.  So just by scanning the QR Code I was good to go in the SeTracker 2 App.

So the very first thing I noticed is the display where it uses OLED instead of the LED version as shown in the picture above.  Plus it’s really using 12H format, so Princess E wouldn’t have a hard time trying to recognize the time.

Build quality seems to be pretty much similar, but for the same price I paid 2 years ago I’ve finally have the Remove Watch Alert Module.  This was missing from the previous watch, and I’m now able to be notified if she’s taken off her watch.  I didn’t realized how useful this feature was, as this will help me ensure that we won’t call her when she takes off her watch and stuff it in her bag.  So we won’t be terrified and try to call back when the SOS button got accidentally pressed inside her bag.  Happened once, and let’s just say it wasn’t a good idea calling her in the middle of class.

One last important thing I’d like to point out is the sound quality from this watch. The speaker and microphone on this watch is really good, as it was clearer as compared to her first watch.  We love the idea that we don’t need to get her to repeat herself over and over again as sometimes we couldn’t really understand what she say.  Because her best also got this watch as well, they couldn’t stop sending message to each other via Button 1 the Make Friend feature. But in order for you to have this feature, you need to inform him first to help you activate.  As by default, it’s turn off because not many knew how this feature works.  Never the less, he was quick to help me get this feature back up and running.

In conclusion, should you get this watch for your kids?  I highly recommend it, and if you are from Malaysia you can now get it from me here :- http://alexjong.com/im-selling-q50-kids-gps-watch/  If you guys have problems setting up this watch, feel free to head over to my first post for support there.