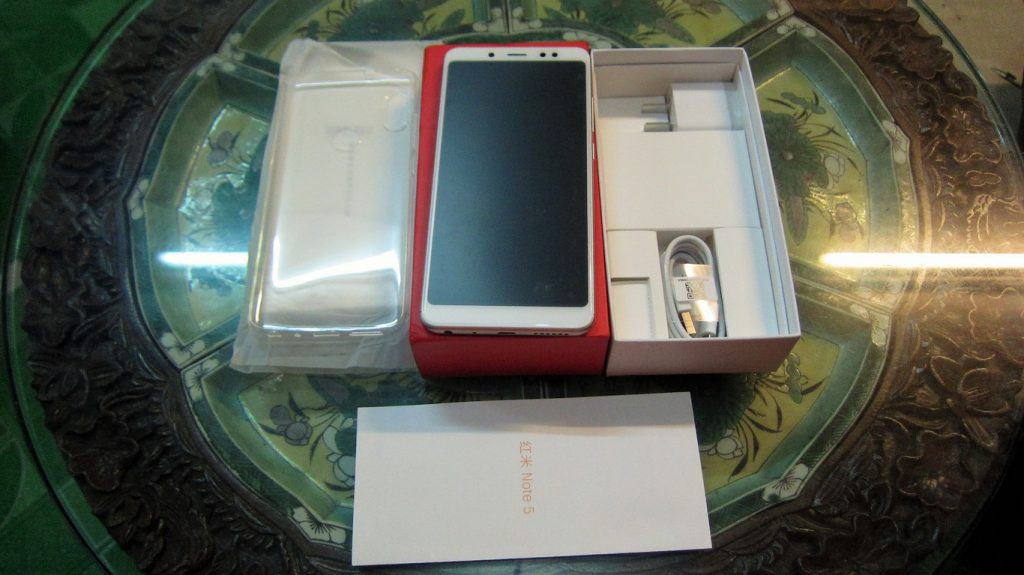 Disclaimer : Just to let you all know that this will be an on going update where I will continue to update this review as I continue to use the phone.  So if you need me to test out any features or whatsoever feel free to do so in the comment, and I’ll get it tested out for you. Because I had issues with the Redmi Note 5 AI 6GB version I went and bought Malaysia set 3GB version.  Check out that review there instead.

Phone problems after 1 week of using it :I’ve decided to move my post for the Redmi Note 5 issue to twitter as it will be easier to managed there as compared to my site here. Anyway, feel free to follow that thread if you would like to see what unfolds next.

Phone Fixed : So after 2 months, I’ve finally got my phone fixed and had to pay quite a bit for it but not as expensive as a new phone quoted by the seller who sold it to me.  Never the less, I won’t be flashing it to Global Rom anymore and will use the phone as it is.  Few things I’ve encounter when using the China Rom, but will blog about it later when I’m free in the next few days.

For the last couple of weeks, my friend Joshua and I were researching on the possible types of phone we would get that can replace our current phone.  During that time I was using the Redmi 4X phone and had no complaints or whatsoever about it.  Was a good phone actually, but then I needed something that comes with a better camera instead.  The P10 Plus came into consideration, considering the P20 just came out so the price definitely dropped.  And unfortunately we missed out on the 11street sale the other day.  Never the less, I told Josh that the next phone I get must at least have a decent camera as I need to take pictures of the products I intend to sell online. Long story short, we’ve decided to get Xiaomi Redmi Note 5 China variant, which 12MP camera uses f/1.9, 1.4 μm instead of the f/2.2, 1.25 μm.

So Malaysia just officially released this phone on the 24th of April, which also uses f/1.9, 1.4 μm.  Currently they are offering 3GB & 4GB ram version.  So Josh said we should go for future proof and get the 6GB version instead.  So we went ahead as plan and got the China imported set instead.  Knowing that it uses China ROM that comes with tons of bloatware. The both of us got it from Shopee, where Josh got his 3 days after the purchase, where as for me I got it 6 days later and that was with the help of Josh who went and self collected it on my behalf.  So here it is, with all it’s majestic glory I’ve finally received the Redmi Note 5.  And out of the box it comes with the free case, the phone, USB cable and 2 pin 5V=2.0A charger.

The Snapdragon 636 did not fail me one bit, and considering how things runs better especially Mobile Legend and PUBG on this phone is way better as compared to my Redmi 4X previously.  Multitasking on this variant is smoother with the help of the 6GB of RAM.  Definitely this mid range phone really does wonders, and I really have no complaints with this.  Well minus the fact it was running using China ROM, there were a few bloatware I couldn’t uninstall.

Now this is probably the main reason why I decided to get this phone in the very first place.  After numerous times being brainwashed by the Josh whom you can see here, and the price was irresistible.  So this was probably the first picture I took when I had this phone.  And it certainly did meet my expectation.  I’ll post a couple more pictures but it’s being compressed.  Never the less, you can be the judge on how this camera actually work.  And so far, after taking a few shots with this my products started selling almost instantly.  Wish I had this phone earlier, so would had taken better pictures during my Dad’s 70th birthday.  Never the less, all is good.

I can’t really much say about low light though, probably it will turn out better if I had a tripod and maybe see how things goes from there.  And as for the video, the EIS on this device really made a lot of difference when taking a video using handheld.  Can’t say much on the audio, but on the range of 1-10 I would probably give it a 7.  At least for now I think I’ll be able to take better and clearer videos whenever my kids are having performance.  Unfortunately they don’t support 4K recording, but it can be easily rectified by installing Open Camera.  So overall, I’m pretty happy with this phone and most likely I’ll stick to this for at least 3-4 years provided it doesn’t die out on me which pretty much would be a shame.  Never the less, if you’re planning to get a phone and not willingly forking out over RM1000 I would recommend to at least get the 4GB of Ram variant instead of the 3GB.  Please take note that I had to resize the following pictures, so quality may drop a little.  Follow this twitter thread for more photos taken with the Redmi Note 5 AI.

A friend of mine told me last time, so long as you can see what’s inside the picture when taking a photo is good enough already.  We don’t need to spend so much, in getting super high quality cause once you’ve upload it onto social media you will end up losing all the qualities anyway.  Because of that I sold of my Samsung S7 Edge and got the Redmi 4X back then.  But boy was I wrong, I do miss out on taking good pictures of the kids.  For places that has sufficient lights, it was fine.  But for places that had low light, I missed out a lot on those special moments.

Having said that, my brother once said “It’s only a phone, it’s not going to end wars or cure cancer”.  And it got me thinking, on how much one should actually spend on a phone.  So if a phone cost more than an i5 laptop, I think it would be over priced already.  But the problem with budget and mid range phones, you hardly can find any good alternatives.  But I seriously got to thank Xiaomi for keeping it real, considering how affordable they made their phones.

For the price I paid about less than 1/3 of the price of Huawei P20 Pro.  I’m actually getting good quality pictures that doesn’t lags when taking pictures.  And everything works just perfectly as it should, with the bigger screen it’s indeed a bonus.  Having said that, the Asus Zenfone Max Pro M1 that has similar specs does sell cheaper as compared to Redmi Note 5 but its more of a gaming phone instead of photography. So if you’re someone who’s like me that are only interested in taking good photographs, I would highly recommend this phone to all of you.  But I do believe maybe in future updates, the Redmi Note 5 should be able to better optimize their apps so that games will run better. Not that I can tell much since PUBG and Mobile Legend still run perfectly fine for me.

Anyway, now the fact that I’ve gotten back my phone after 2 months after it died on me.  I shall be continuing my review on this unit as promised.  Due to the fact that, I’m running on China Rom no longer global rom there were a few issues I faced and had problems with.  Never the less, I’ll keep posting walk through on how I got things rectified.