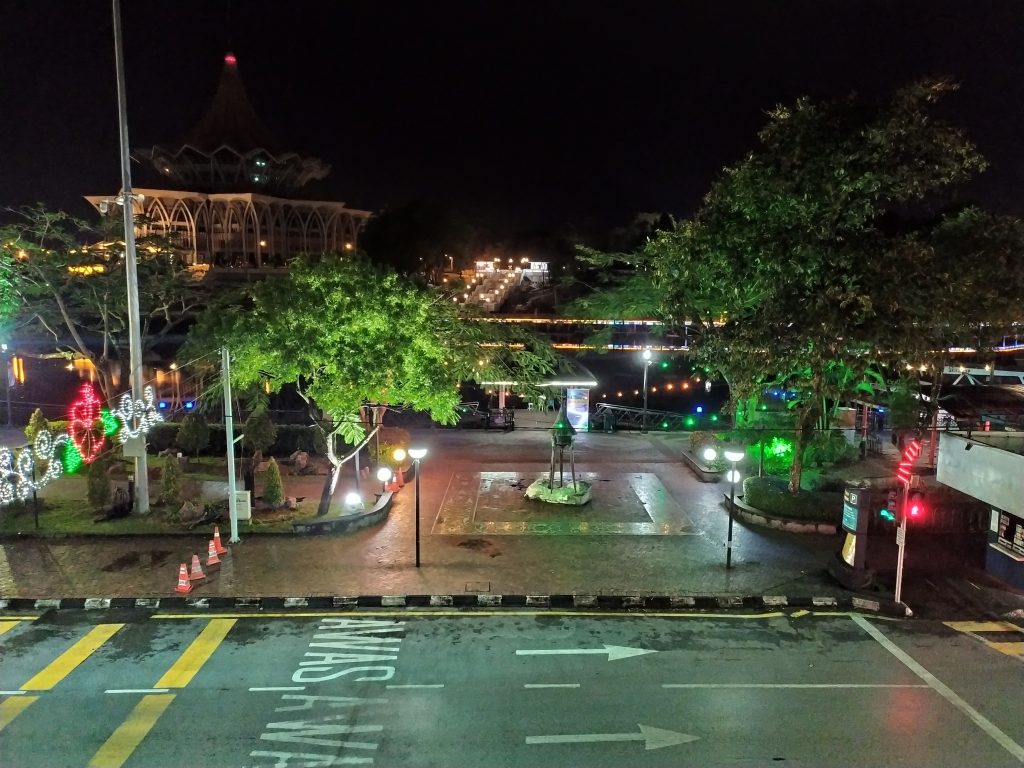 One thing I missed about MCO is the peace and quiet, and I would always love to look out the window to this view. Streets were extremely quiet, and it really helps clear my mind.  Ever since the CMCO began, slowly more cars began to hit the streets. Once a quiet city has now return to life, and eventually I myself have started going back to work.

5 For in the day of trouble he will keep me safe in his dwelling; he will hide me in the shelter of his sacred tent and set me high upon a rock. Psalms 27:5

During the time of lock down, there were a lot of uncertainties for us on how are we going to get through considering there won’t be any income for God knows how long.  But as mentioned in Psalms 27:5, God truly kept us safe in His dwelling place.  For the past few months, he never failed once to ensure that we will have enough for weekly expenditures.

And not only that, I got to spend more time with the kids now.  As I’m always upstairs with them, hence Little T would always get me to help him draw something if he finds it difficult.  During this time, both Deluxe and I increased in our drawing skills. Which is something really good, as it helped increased his concentration in doing something.  I’ll probably about it some other time, as it will take a post on its own.  And our relationship is even closer now, where I pretty much understand what he wants most of the time now and how I approach things with him is really something I really appreciate during this time of lock down.

Inspired by Rev. Poh where he start to take up cooking during the MCO Talk, I’ve decided to do the same.  So normally I would be the first to wake up and will prepare breakfast for the family.  Since I’m the “Ketua Keluarga” that normally goes shopping, I would occasionally purchase a list of breakfast menu for the whole week.  We would have Burgers, Roti Canai, Mantou, Hash Browns, and managed to fried kueh tiao once which failed.  But thanks to Kimball Chilli Thai Sauce it was able to covered the burnt smell.  It’s also a good teaching experience for the kids to let them know that Daddy is also helping out Mummy in the kitchen.  So normally, she would cook and I would wash up after that.

This would be my so called office for the whole MCO period.  This is where I would do my devotions as well as all the live streaming, CG meetings, prayer meetings and all my training videos came out.  Probably one of the best thing that came out was that it took us a good 2 days to reorganised this place, hence of actually having a proper home office came out.  Not only that the kids get to have fun here as well for their zoom sessions, as well as playing overcook and overcook 2 here.  But it was here, where all the battle plans were drawn and wars being fought.  Which pretty much gave me the strength to carry on doing what I’m doing now, in regardless how tired I am.

All this wouldn’t had happened if I didn’t got down on my knees and asked God where do I go from here.  Due to my initial promise I made to him 18 years ago, I told Him I couldn’t just sit here and do nothing.  And true enough, He opened my eyes and showed me there are still a lot of things that is needed to be done.  Looking at the whole thing now, probably I bit on something more than I can chew on.  But never the less, I thank God for all the experience he brought me for the past couple of months.  Assuring me that He is always with me despite being quiet, and giving me an opportunity to serve in an area where I believe He had been preparing me all these years.

9 Know therefore that the LORD your God is God; he is the faithful God, keeping his covenant of love to a thousand generations of those who love him and keep his commandments. Deuteronomy 7:9

But for now, I’ll continue to do what I can do for Him.  And will pray that the next destination He will lead me be a clearer path.  For now, I’m still unsure what He wants me to step in next will be something I might do for the rest of my life.  But like Gideon, until I see a confirmation then I will submit to His will and do as He say.  As mentioned in Deuteronomy verse above, I know He has always been faithful just that I tend to wander off intentionally trying to run away from what He has planned for me.  Never the less, this will probably be another story for another time.

And this post will serve as a reminder to me that all this happened was when I decided to go to my quiet place, and allowed Him to use me.