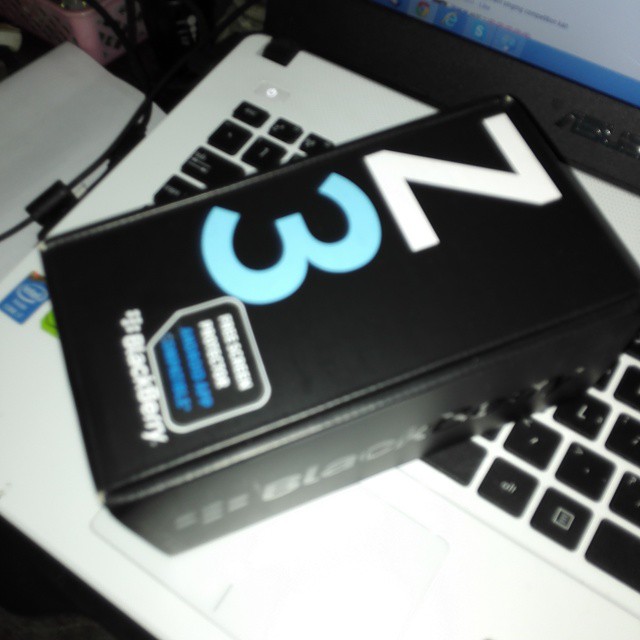 This is an update from my previous post where I was told that I needed to pay for the repair charges for my Blackberry Z3.  Never the less, I finally received my brand new replacement phone for free!  Yes, I did not need to fork out anything for it as Blackberry took my case seriously.  And their customer service was excellent.  Anyway, here’s a what happened for the past 2 weeks after I sought BlackberryHelp to resolve my problem.

After a few direct message on twitter, they requested my email and told me that I needed to give them my email.  I received an email from them requesting me to set an appointment with them. Because they work from 9:00 AM till 4:00 PM EST time, so I asked them to call me at 9:30AM which is 10:30PM here on the 21st November 2014.

At exactly 10:30 PM, I received a called from Blackberry and they got me to talk with their engineer.  From there I was asked numerous questions basically how the phone got damaged.  After about 45 minutes, they wanted to get hold of my phone for further investigation.  I did ask them what can I do on my end, all they told me was just wait for their updates.  So that time I thought I won’t be getting my phone back for another month or 2.  They also asked me for the contacts for those who were handling my warranty, as they wanted them to send the phone to them.

I received an email from them stating that they will send me the replacement phone in exchange for my phone for them to test.  And boy was I overjoyed when I got the news.  So I gave them my shipping address, and pretty much waited for their updates to see what else they needed me to do.

Got another reply from them stated that they had shipped out both the phone and charger, and I should get it sometimes next week. I was extremely impress with their service, on how they got things done so quickly.  Never the less, so I shall wait for the phone before making any post.  Pretty much just to be sure that I got the phone eventually in the end.

Received a call from Fedex, saying that he was at my shop but it was closed.  This was because I was at church for Vacation Bible School, and he agreed to send it to me there instead of waiting for me to come back.  It wasn’t long before I got the package, and when I open it up it was the charger.  So Blackberry kept their word when they said, they actually had to ship it from Canada.

This morning, a guy from UPS came by the shop and asked me to sign my package and yes.  It was indeed the Blackberry Z3, and after opening it up in its box. I’m extremely relieved that everything went well till receiving this package.  And thus my blog post right now.

Words can’t express what I’m feeling right now, after waiting for so long and worried that my previously broken Z3 would only be used as a paper weight.  And I think, that this was something Brightstar could have handled it better instead of taking the easy way out by charging their customers for replacement parts.  Never the less, I’m not too sure why they wanted to do that in the first place.  Probably they may had bad experiences previously, which causes them to do what they had to do.

Again, this is one experience will definitely keep me as a Blackberry fan for life.  As I always had a soft spot for Blackberry because it was the first smartphone that I own, where I actually subscribe to a data plan.  You might think it’s funny, but I remember staying connected with my friends back then on MSN Messenger while I was on the go.  Anyway as compared to Apple, Blackberry handled my case professionally and now I’m glad to use back the phone once I finished updating it.

Again I would like to thank BlackberryHelp on Twitter, and Stacey from Customer Loyalty Specialist for helping me resolve my phone issues.  If only they had customer services like them here in Malaysia, maybe Blackberry sales would have been better. #HidupBlackberry